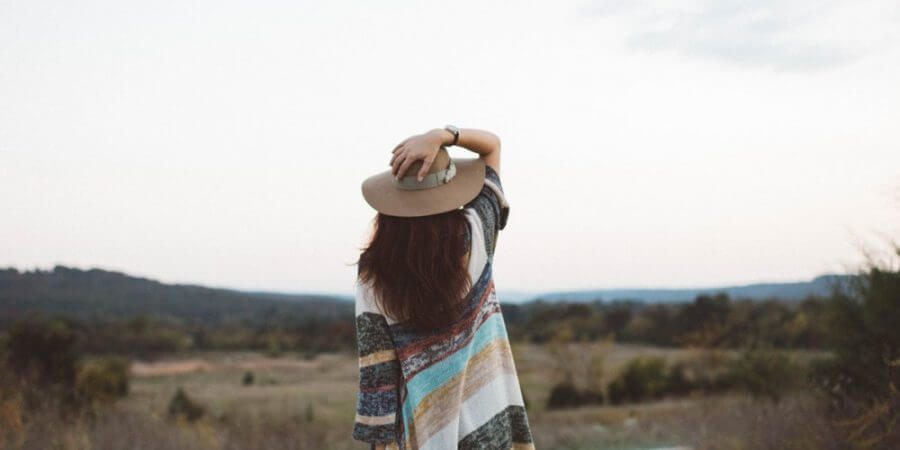 It is just about the time of year when those New Year’s Resolutions start to falter, and ambition for change begins to fade a bit. When we come face to face with the realization that the holidays are officially over and we’re stuck with plain old winter. Those fresh new starts we planned are harder to put into practice than we wanted to accept, and some of those old patterns and habits start creeping in. It can be a rough time if you were really excited about creating something new for yourself this year.

When we feel disappointed in ourselves, it’s tempting to start down the path of self-criticism and anger. The road is littered with potholes from all the other times we let ourselves down, and one more screw-up can leave us feeling defeated. Why did we think this time would be different, anyway?

Hold on a minute, who says you’ve failed?

Maybe you set your intention of going to the gym 5 days a week (after about 5 years of Netflix and chillin) and you’ve made it in twice in the whole month so far. Is that two times more than you went in December? Cool. You’ve made progress.

Or perhaps you promised yourself you’d study really hard every day instead of waiting until the night before your project was due, writing first AND second drafts of every paper, and actually reading your textbook (GASP)…..and you stayed up til 2am today cramming for your test and glaring at the book that’s been gathering dust for three months now.

But you handed in the paper and stayed (mostly) awake in your classes today. Progress.

What if your goal was to be more assertive and stand up for yourself when someone tries to pressure you? You drew a line in the sand and said to yourself, “Self, this is your sand. Stop letting people throw water on it and wash it away.” And it worked ok the first time—your aunt was so shocked that you called her out for saying you were lazy that she went speechless for three whole minutes. But then when she started up again, you wilted and eventually found yourself apologizing for being so rude, so disrespectful, so damn….Millennial.

Change is hard, and it becomes all but impossible when you saddle yourself with expectations of perfection. New Year’s Resolutions are often aspirational, reaching for goals that may not be terribly realistic but that you still expect yourself to somehow meet the first time and every time thereafter. But if you take out the expectation of perfection and look at the steps you’ve made so far, can you give yourself credit for progress made?

Even if the progress was just not to fall backward?

Or not to fall as far backward?

Or to reevaluate your goal and set a new, maybe more attainable one?

Frodo didn’t set out from his hole in Hobbiton expecting to walk all the way to Mount Doom in one trip. Instead, he started out with the goal of walking from Hobbiton to Bree. And when he arrived at Bree and found that his quest would be much more involved than he’d thought, he reevaluated his plans and adjusted accordingly.

Frodo could have quit when he realized Gandalf wasn’t there to guide him, and that he’d have to journey much farther than he anticipated to achieve his goal of getting the Ring safely away from his people. Instead, he picked up his walking staff and set off toward his next stop. And on to the next, and the next, until at last, with faithful Sam’s help and support, he completed his quest.

Walk on, young Hobbit, and take each stop on your journey as a milestone of progress in your quest to be the You you’ve been waiting for.

Posted in change, change is hard, goals, inner critic, progress, self-criticism, therapy is hard
← Walking on the MoonHonor the Resistance →