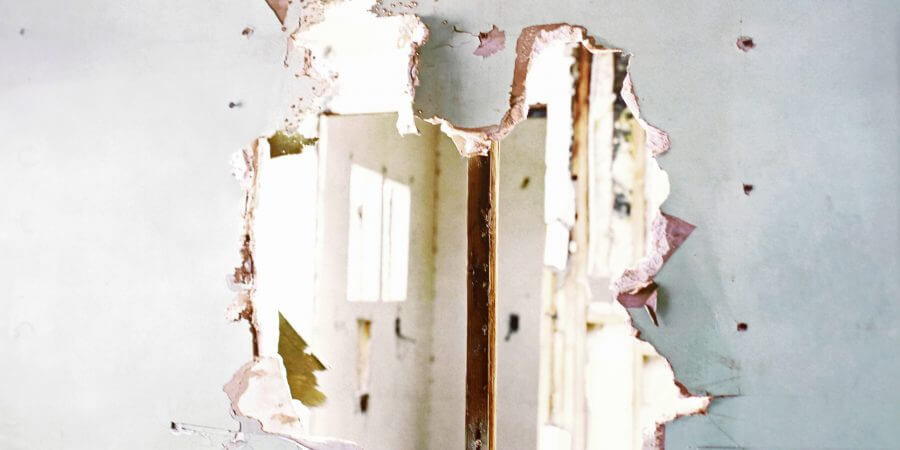 *Spoiler alert!!* This article is part two of a two-part series that will explore characters in The Umbrella Academy, a television show adapted from an original comic by Gerard Way. Season 1 is currently streaming on Netflix. If you plan to watch the show, be warned! Here there be spoilers.

In part 1 of this mini-series, we got to know three of the Hargreeves children. Today, I will introduce the remaining siblings and we will explore how Sir Reginald’s emotional distance and narcissism impacted Klaus, Number Five, Ben, and Vanya. We will begin with Klaus.

Klaus, aka Number Four: Klaus appears to be one of the most emotionally sensitive of the siblings, something he struggles with. Klaus’ gift (or curse) is that he can communicate with the dead. The dead souls’ grief, anger and pain is often overwhelming, and he is afraid of the dead. Sir Reginald has no patience for young Klaus’ fears. He forces Klaus to confront his fears by him in a mausoleum despite Klaus’ terrified sobbing.

Klaus flees the Academy as soon as he is able to. He spends much of his adulthood trying to smother his gift in a drug-fueled haze. Since he can only hear the dead when he is sober, Klaus successfully dampens his power by remaining high more or less continually for years on end. He also distances himself from most of his siblings, who view him as a dissolute waste of potential. Eventually, as he is forced to sober up, Klaus begins communicating with his deceased brother Ben. In the season finale, Klaus learns that the power he has tried to avoid his whole life is much deeper than he knew – and that could have significant ramifications for Klaus’ future.

Number Five (no other name given): Number Five is a highly intelligent but emotionally disconnected man stuck in the body of a 13-year-old. Number Five’s superpower is creating portals in space, which he later expands into time travel. Unfortunately, Number Five underestimates the complexities of time travel. He gets stuck in a post-apocalyptic future for decades, with only a department store mannequin for company. He is eventually recruited by an agency that trains him as an assassin, tasked with preventing disruptions to the predicted timeline.

Number Five has been missing for years when he finally returns to the present day after his father’s death. He has no relationships with his siblings and spends much of his time alone. The only figure he can form any attachment with is the mannequin, whom he talks to and carries around with him much of the time. Number Five sarcastically describes the Hargreeves brothers as “emotionally stunted manchild(ren),” which is an apt description. As he slowly reconnects with his siblings and finds a place in the world again, Number Five is eventually able to say goodbye to the mannequin in a surprisingly touching scene.

Ben, aka Number Six: Little is known about Ben, as he is deceased in the timeline of the show. He appears to Klaus as a ghost several times. In life, Ben was known for his superpower of being able to manifest tentacles. He was rarely spoken of by the surviving siblings despite having been part of the combat team when he was alive.

Ben’s primary connection to his surviving siblings as adults is through Klaus. He becomes Klaus’ conscience, urging him to try, not to give up, and to face his fears. It is through their strengthening connection that Klaus realizes the full extent of his powers: Not only can he speak with the dead, Klaus can summon them into at least partially corporeal form. Although we mostly see Ben as a ghost, he still has an impact on Klaus. Being dead is no barrier to their relationship.

Vanya, aka Number Seven: Vanya has always been an outsider in her family, the lone sibling with no superpowers. She watches from the outside as her brothers and sister achieve fame and glory for their exploits, while she remaines behind because she had no powers with which to fight. She is separated, singled out, and isolated for her ordinariness. Sir Reginald even goes so far as to keep her out of family portraits, because only he and the special children were worthy of being memorialized. Ignored for most of her life, Vanya achieves a brief moment of notoriety after writing a tell-all autobiography about her experience as the “extra ordinary” sibling.

Vanya is a lonely, uninspired, vaguely sad woman. She lives alone and has few close relationships. She feels disconnected from her siblings, who also resent her for writing her book. Only Allison makes a real effort to connect with Vanya. Unfortunately, the damage of narcissistic parenting is not limited to individual children. It can also have poisonous effects on sibling relationships, as we will see next.

Plot twist: How it all comes together

One of the reveals in the entire season hinges on Vanya and her seeming ordinariness. After many years of believing there is nothing special about her, Vanya learns that her father has lied to her. She does have powers: Vanya can convert sound waves into destructive energy. Her father has suppressed her powers since early childhood.

When she was very young, Sir Reginald isolated Vanya in a soundproof prison, ostensibly to protect her and her siblings from Vanya’s destructive potential. In a particularly cruel twist, Sir Reginald ordered young Allison to use her powers to convince Vanya that she had no powers. Also a child, Allison obeys because she does not know any differently. As an adult, she is stricken and horrified to realize that she was instrumental in suppressing Vanya’s powers and isolating her.

Learning the truth shakes Vanya to her core. She feels betrayed by her father and Allison, even though Allison was also a victim of their father’s machinations. In recruiting one child to suppress and stunt the growth of another child, Sir Reginald destroyed the sisterly bond that could have developed between Vanya and Allison. When Sir Reginald’s harsh methods of training failed to teach Vanya to control her powers, he stripped them from her. He sentenced her to a life of misery and isolation, deemed “Other” and devalued among her siblings.

Vanya is deeply hurt by the truth that she has been manipulated, controlled, and lied to. Her pain is so great, she nearly destroys the entire world. But amidst the pain, there is also some hope. The Hargreeves siblings are able to come together for the first time in years. Their goal is initially to stop Vanya, whom they realize is the epicenter and cause of the apocalypse Number Five has been trying to stop. They are unable to defeat her in combat, as her rage feeds her power and makes her nigh invincible. It is Allison who ultimately stops her – choosing to show mercy instead of taking the kill shot.

The siblings’ final conversation takes place as they surround Vanya’s unconscious form. They are not in agreement about what to do with Vanya, even as the world begins to fall apart around them. They may be able to escape through Number Five’s portals, but what to do with their broken, wounded sister? Allison wants to save her. Luther wants to leave her to die, or to isolate her forever.

It is Number Five, showing a beautiful bit of emotional growth, who realizes that the only way to save the world – including Vanya – is to take her back through time and heal her. The siblings make a choice to care for and protect her, bringing her into the family and building connections. They finally look at her and choose to break the pattern of separation and isolation that Sir Reginald instituted.

From isolation to connection

There is a touching, funny, and somewhat sad scene in the beginning of the season that I think stands as a good marker of where the Hargreeves children started. It is a good counterpoint to where they end. In the first episode, Luther finds a stereo and turns on an old favorite song. He begins to dance along in his room. As the music drifts through the large, empty house, each sibling begins to dance along as well. Each in their separate rooms, alone, they dance. What a journey from lonely isolation to connection and commitment to each other.

Sir Reginald ignored, isolated, and dismissed Vanya, leaving deep wounds in her heart. When she did not respond to his method of training, he chose to cut her off from her abilities rather than find another way to help her. Sir Reginald’s rigidity and refusal to bend for anyone else set Vanya up to become a supervillain. Her siblings’ love, care, and forgiveness opened the door to a different ending.