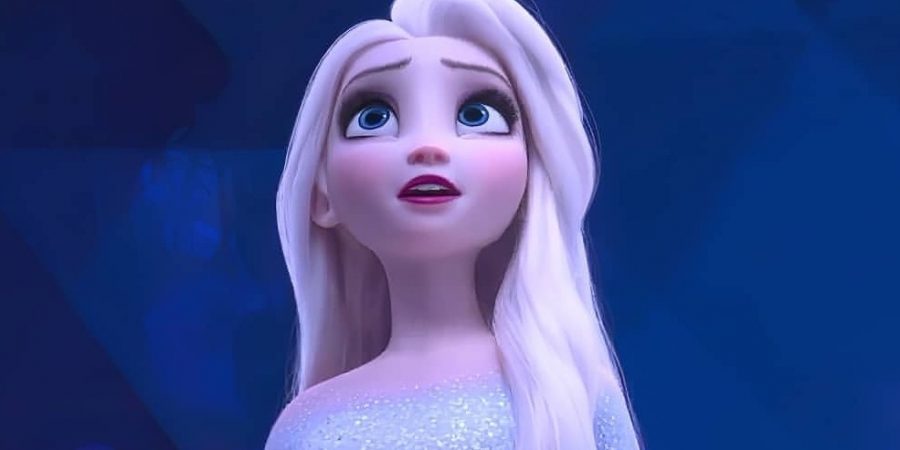 Last week, I told you about my big adventure of 2019: writing a book. Completing The Gaslighting Recovery Workbook has been an amazing, intense, and sometimes overwhelming process. A few days ago, I went on an adventure of another sort: taking two 4-year-olds to see Frozen 2. (If you don’t think that was an adventure, you haven’t spent enough time with young kids!) Predictably, the story captivated them. I enjoyed watching the breathless reactions, but I also found myself unexpectedly moved by Elsa’s and Anna’s stories. Today, I’m going to talk about an adventure I think many of us can relate to: Elsa’s journey to self-acceptance.

The first Frozen movie featured the story of Anna and Elsa, sisters separated in childhood after Elsa accidentally hurts Anna with her ice powers. Although their parents had good intentions to protect both the girls and the kingdom, their decision led to disastrous results. By locking her away, Elsa’s parents teach her that her powers make her dangerous. She is cut off from her sister and from the outside world.

Elsa’s journey in the first Frozen movie is that of a young woman taking her first steps into self-acceptance. She releases the fear and avoidance she was raised with and begins to accept herself as she is – feelings, powers, and all. “Let it Go” is Elsa’s first moment of triumph. It is the first time she can (literally) let her hair down, be herself, and choose freedom instead of fear.

Frozen 2 picks up the lingering threads of that story, showing us that Elsa, while willing to fulfill her responsibilities as Queen, still feels the call of the wilderness far from palace life. Her journey in this movie is a continuation of the themes of finding herself, embracing what makes her unique, and making hard choices to live in her truth.

Elsa is haunted by a siren song that only she hears. The song draws her irresistibly toward the wilds, where she hopes to unravel the mystery of her own powers. Her curiosity represents a shift in her attitude toward herself and her abilities. The Elsa of the first Frozen was fearful of her powers, hiding and living in isolation to avoid hurting anyone simply by being herself. The Elsa of Frozen 2 uses her powers to improve the lives of others.

It quickly becomes clear that Elsa is not entirely comfortable with her role as Queen. She fulfills her obligations and takes her responsibilities seriously, but her heart is in the wilderness, where the siren song originates. She is torn between her duty to her people and the soul-deep need to understand why she has always been so different. Seeking the truth means venturing into the unknown. As Elsa braves the dangers of the wild North country, she learns many hard and uncomfortable truths. And each one brings her closer to the most important truth: Who she really is.

Have you ever felt that moment – the instant of anticipation, the deep breath before you dive into deep waters? The moment when you know with everything inside of you, that after this moment, things will never be the same?

The moment when Elsa reaches the source of the Siren’s call felt like that. Every step of Elsa’s long journey has moved her closer to this moment of transformation; a moment in which nothing and everything changes. Learning the truth about herself does not affect her ability to control and manipulate frozen water. It changes everything about the way she relates to herself. In this moment, she takes a brave step from reluctant but dutiful daughter to a joyful and empowered woman in her own right.

Elsa grows from sheltered, fearful, and subdued to strong, confident, and at peace. “I am found!” she rejoices, in a moment that gives me chills every time I hear it. “Show Yourself” is a song of discovery, of a connection, and of a homecoming. The Elsa of this moment no longer feels lost and broken. As she steps forward to claim her power, it feels like a step into her Self. Elsa is found – by no one more importantly than herself.

You are the one you’ve been waiting for

The first steps of Elsa’s fledgling self-acceptance during “Let it Go” carried her from rigid containment to throwing out her arms and defiantly taking up space.  In “Show Yourself,” she accepts the fullness of who she is. She actively embraces herself, her powers, and her place in the world. “Let it Go” is a song of defiance, of an acceptance that sees losing relationships as a fair trade for feeling free. “Show Yourself” evolves Elsa, taking her to a place where she can truly love herself, and strengthening her relationships from the inside out.

“You are the one you’ve been waiting for,” she sings along with the Siren. Elsa revels in the knowledge that she can find the answers she has sought for so long, within herself. In Internal Family Systems (IFS), we often talk about our core Self, which contains everything we need to heal our wounded parts. Elsa’s journey from fear to freedom reminds of me of the sometimes slow, grueling, but deeply rewarding journey back to Self.

If you had told Elsa at any point during the first Frozen that she would reach this point of total joy, freedom, and freedom, she probably would have laughed at the notion. But in facing her fears, making the difficult choices, and answering the call to come home to her courageous heart, Elsa finds herself.

Know that this journey is not reserved only for Disney princesses. Emotional abuse, rejection, disrupted relationships, and other traumas can leave you feeling like your heart has been frozen. Like you will never be able to leave the ice cavern, never be able to escape and find freedom again. I know the truth, and I want you to know it, too: There is always hope.

You are the one you’ve been waiting for.