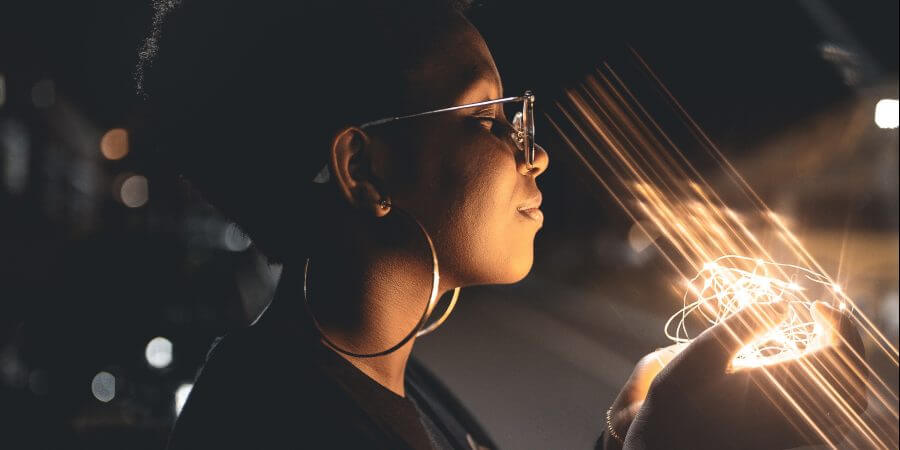 Have you ever listened to two people tell the story of a shared experience? It’s amazing what differences can show up when two different sets of memories are at play. One person sees a red car run into a blue one at the intersection, while the person next to them swears it was the blue one that hit the red one. Aunt Susie remembers Uncle Frank splitting his pants while dancing the polka, but Uncle Frank insists it happened during the mazurka.

While it can be funny to hear how differently two people recall a humorous incident, it can be devastating when the misalignment between your memories and someone else’s is used to dismiss or discredit you. There is real pain when your memories don’t match the story that is being told.

When two memories don’t align, the question of why not arises. Is the mismatch an issue of simple poor memory? Confabulating similar stories? Remembering a scene from a movie instead of the actual events of the day?

It is always possible that the differences are due largely to innocent errors in memory or different perceptions of an event. To your mom, your lisp was adorable and endearing. To you, it was embarrassing and cringe-worthy. In these cases, both sets of memories can be true – for each person, from their own perspective. Both experiences can be truthful.

But what about the other times, when it’s not so innocent? Sometimes, different memories stem from one person’s need to control someone else’s narrative. In these cases, the controller will deny, dismiss, or invalidate the other’s story. “That never happened” is a common response. It is also a form of gaslighting.

When the other party refuses to acknowledge your memory or perception of an event, or flatly denies it, that comes from a different place. The other person may genuinely not recall things the way you do. But denying or demeaning your experience is abusive and hurtful.

Why would someone refuse to accept another person’s perspective? What do they have to gain – or to lose – by sticking rigidly to their own interpretation of events? An abusive person will rewrite their victim’s story for a few reasons. One is to deflect blame for their actions onto the victim.

Many abusive and narcissistic individuals do not view themselves as abusive or narcissistic. They believe they are being unfairly labeled, and resent it. Many narcissists have difficulty distinguishing between critique of their behaviors and devaluing their personal worth. Saying “Your actions here were hurtful and unfair” gets translated as “you are mean and cruel and I hate you.”

This is intolerable to most abusive or emotionally immature individuals. Because it is intolerable, they will do anything they can do change the narrative. This includes retelling the story with victim and abuser roles reversed. Creating their own revisionist history, in which they are blameless, is how narcissists protect themselves from the consequences of their poor behavior.

Some narcissists respond to perceived criticism by attempting to redirect their feelings on to the victim. Here’s an example: A college student emails her mother to ask for a little space because she feels suffocated by her mother’s frequent calls, emails, and check-ins.. A healthy mother may feel saddened, but will accept that independence is part of growing up. A narcissistic mother, however, may feel rejected, unappreciated, and unfairly accused of smothering. “My only crime is that I love you too much,” she might say. “But I can see now that you don’t want that from me. I’ll leave you alone then, since I’m just such an awful burden to you!”

By taking a martyr role, the narcissistic mother takes her hurt feelings, rejection, embarrassment, and anger and redirects them at her daughter. This outburst triggers feelings of deep guilt and shame in the daughter. The daughter finds herself obsessively re-reading her email and wondering what she did wrong to hurt her mother so badly.

When you find yourself in the unenviable position of questioning your sanity because your story is so far out of alignment with someone else’s, remember this:

Your Truth is your Truth even if it is not someone else’s.

Your story and your narcissist’s stories may never match up. Probably won’t, in fact. They have too much to lose by admitting fault. And you have too much to gain to continue accepting their revisions forever. When you feel confused, off-balance, or questioning your experience because someone else has questioned it, look inward.

Look to the parts of you that know how you felt, regardless of whether someone intended to make them feel that way. Listen to them. Your Truth and your narcissist’s do not have to match up for yours to be valid.

Your story, your experience, your life is yours – no matter who does or doesn’t believe you.