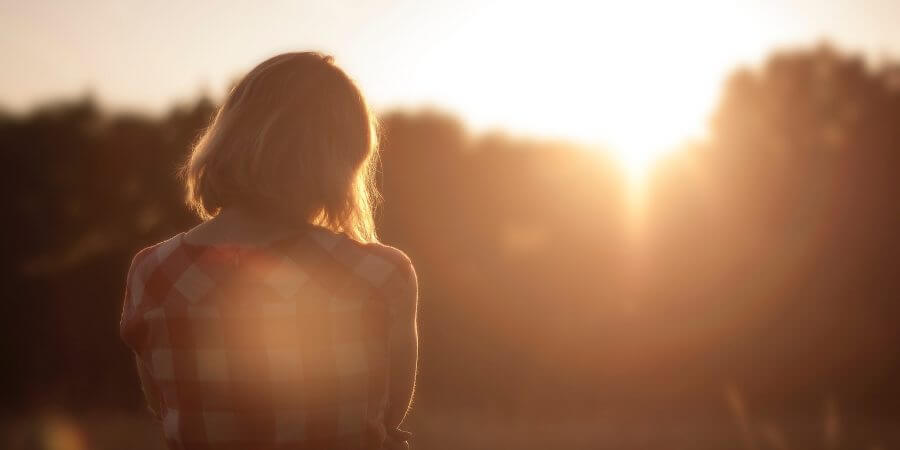 Last week, I wrote about Aragorn and his journey from nameless ranger to noble king. Today, I want to revisit the Lord of the Rings from a different angle. Today, we will explore a concept spoken by the Elf Queen Galadriel: love, mingled with grief.

In the first first movie of the Lord of the Rings trilogy, The Fellowship of the Rings, there comes a mid-point whammy that results in the fellowship losing a key member of their party. In the heat of the moment, they cannot immediately stop to grieve. Shortly after they escape, however, they find temporary shelter with Galadriel and her people. As they rest and recover from their travels, they are afforded an opportunity to mourn their loss.

During this period of rest, Frodo has an encounter with Galadriel. As they speak of their losses and the perils of the future, Galadriel says something I find profound: “In all lands, love is now mingled with grief.”

Galadriel spoke of a landscape shaped by the shadow of impending war. I see parallels between that era and our own, where divisions are sharp and harsh. But I also see parallels on a smaller scale, in families fractured by narcissistic or emotionally abusive relationships.

There comes a point in many abusive or narcissistic relationships where one or both parties face the question of how to proceed from here. Sometimes that comes after a knock down, drag out fight. Other times it’s after just another episode of gaslighting that turns out to be the straw that breaks the camel’s back. Or it happens when the victim finally stands up for themselves or sets a boundary, and the abuser cannot tolerate being countermanded.

However the break occurs, it is almost inevitable that some kind of break will occur. And when that happens, the moment of realization that something has to change can be devastating. That first realization can trigger a wave of grief as you face the truth that your relationship is not what you thought it was. That the love you thought you had is flawed, unreliable, or conditional. Or that your place in that relationship depends entirely on your compliance within it.

There is a loss in that realization. The loss of an innocence or naivete, for some. The loss of hope that the other person will realize what they are doing and make a change, for others. And loss brings with it grief.

Why do we grieve the end of a relationship that is or was hurtful to us? What can there be to mourn in an abusive relationship? Sometimes the loss we grieve is less about the relationship as it is, and more about what it could have been.

One of the best means of self-protection we can develop in unhealthy environments is to tell ourselves it really wasn’t that bad. Or that someone else had it much worse, so there’s nothing to complain about here. This is partly about self-protection, and also about a misguided attempt to protect the other person from the consequences of their abusive behavior. We do this out of love for them, because we want to believe the best of them. We want to believe they love us the way we love them.

The problem with that lies in the day when we are brought face to face with the things we were avoiding by telling ourselves these things. There is grief in letting go of the life and relationship we had told ourselves we had, and accepting the truth of what we do have.

When the blinders come off and we realize that a relationship is unhealthy, we are forced to a choice point: either accept continued abusive behavior knowingly, or make changes that could be uncomfortable and have long-term ramifications. Sometimes those changes run all the way up to ending contact with a loved one. There is real grief in ending a familial or romantic relationship, even if it was abusive – because there is love in the relationship, however one-sided or conditional it may have been. We grieve because we love and care for someone who is unable to love and care for us in the same way.

In a close relationship marked by narcissistic or abusive patterns, grief and loss are ongoing. The grieving process includes grieving the past you thought you had, as well as the one you actually did have. It can also involve grieving your loved one’s continual inability to love you unconditionally. And it involves looking to a future, with a relationship that is unlikely to develop into the respectful, loving, and accepting space that you long for.

It would be easier if you had no love for the person in your life who has caused you pain.  Unfortunately, that’s rarely the way it goes. But loving someone who has hurt you is not a sign of weakness. It’s a sign that you have an open heart, and that the hurt you suffered has not changed that. And a tender heart is a thing to be treasured.

Posted in adult children of narcissists, grief, grief and loss, mourning, narcissism, relationships
← You Are Not BrokenAnger is not your enemy →