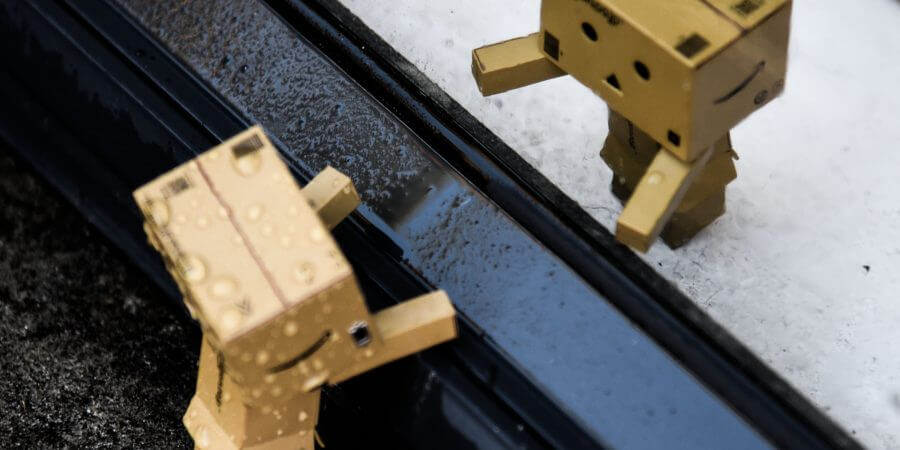 One of the more interesting – and heartbreaking – storylines of the Marvel Cinematic Universe to date is that of Nebula. When we first encounter her in Guardians of the Galaxy, Nebula is a villain. She initially fights her adopted sister Gamora after Gamora joins the Guardians. Early on, we see her trying (unsuccessfully) to prove to their adoptive father, Uber-Villain Thanos, that she is as fierce and as skilled a killer as her favored assassin sister. Thanos dismisses her and openly voices his favoritism of Gamora, pouring salt in Nebula’s wounds.

By now, most of the world knows that Thanos is a Big Bad in the Marvel universe. He believes he alone can and should control the allocation and use of resources throughout the universe. Thanos single-mindedly pursues the power to change the universe. He goes so far as to willingly sacrifice the most precious person to him to obtain it. Maybe you have secretly wished for a magic snap to make someone in your life just go away (I won’t tell). But Thanos’ decisions have another, more personally devastating effect on those closest to him.

From Guardians through Avengers: Endgame, we see this dynamic played out between Thanos, Nebula, and Gamora. Thanos clearly and openly favors Gamora, even referring to her as his favorite daughter in front of Nebula. When Gamora rejects Thanos’ mad plan to end half of all life in the known universe, Thanos sends Nebula after her. But Nebula has never been able to best Gamora in combat. He knows she will most likely fail in her mission. Thanos still wants to win Gamora back to his side. He doesn’t want her to die, he wants her to become his right-hand assassin again. Whether Nebula survives or not is inconsequential to him. Nebula knows this, and despite her attempts to play it cool, her pain is evident.

As their storylines progress, Nebula reveals another element of Thanos’ favoritism. She recalls training in combat with Gamora, as young orphans adopted by Thanos (after he destroyed their families). Thanos literally pitted the girls against each other in battle, forcing them to fight again and again. The loser was then subjected to further horrific punishment: Thanos would remove a body part and replace it with cybernetics. Gamora never lost. Nebula suffered tremendously.

One of my favorite scenes between Gamora and Nebula – and a turning point in their relationship – comes mid-way through Guardians of the Galaxy Vol. 2. Nebula has just flown across the galaxy to hunt and kill Gamora, but ultimately has mercy and lets her sister live. As they recover from their fight, they argue about Nebula’s reasons for seeking this fight. And then Nebula screams one of the most heart-wrenching statements she will ever say:

“You were the one who always wanted to win. And I just wanted a sister!”

The deepest wounds inflicted by Thanos’ favoritism were not the physical ones, although those were terrible. The deepest wounds were those that tore apart a sibling relationship that could have brought together two lonely, orphaned children who needed each other. By pitting them against each other, Thanos destroyed any hope of those two girls forming a bond and learning to support each other. Maybe this was intentional – after all, this scene did mark a significant shift in their relationship from adversarial to allied. My heart breaks for a young Nebula, desperately longing for closeness to the very sister she was forced to fight, and losing twice every time.

You can close the divide

Nebula’s pain, anger, and resentment may resonate for the Scapegoat children who grew up watching a sibling placed upon a pedestal. You may recall alternately longing to be closer to your favored sibling, admiring them, and resenting them for the special treatment they didn’t really earn. Resentment is a relationship killer. And feeling compelled to compete for the love, approval, and attention of a parent turns what should be a coalition between siblings into a battle for scraps.

Many adult children of narcissists struggle with their sibling relationships. Some have been fortunate enough to be bonded with a brother or sister over their shared awareness of the narcissistic parent’s harmful behaviors. But many feel very alone in that awareness, and very isolated from the rest of their family.

Ultimately, the only way to change this dynamics is to refuse to participate. Nebula and Gamora could not develop a relationship until they had both rejected Thanos and refused to play his game anymore. Gamora was shaken to learn that Nebula had been longing for a relationship with her. When she realized the damage that Thanos’ favoritism had done to their sibling bond, she embraced her sister and rejected the jealousy, competition, and humiliation that he had injected into their relationship. The sisters were finally, as adults, able to form a bond and be united.

Life rarely works out like a movie, but there is hope for those relationships to improve. Recognizing the favoritism and competition is a good starting point, even if both parties don’t have the same understanding of it. Developing relationships separate from the narcissist is a good way to deepen your bond. Don’t buy into the message that all relationships must pass the approval of the gatekeeper narcissist. Form your own connection through shared interests, appreciation of each other as an individual, and as independent adults.

It won’t be easy, especially if your brother or sister is still enmeshed with your parent. But there is the potential to gain a whole new loving relationship, even if it’s much later in life than you had hoped. Gamora and Nebula may be fictional characters, but their arcs give us hope for the real world.